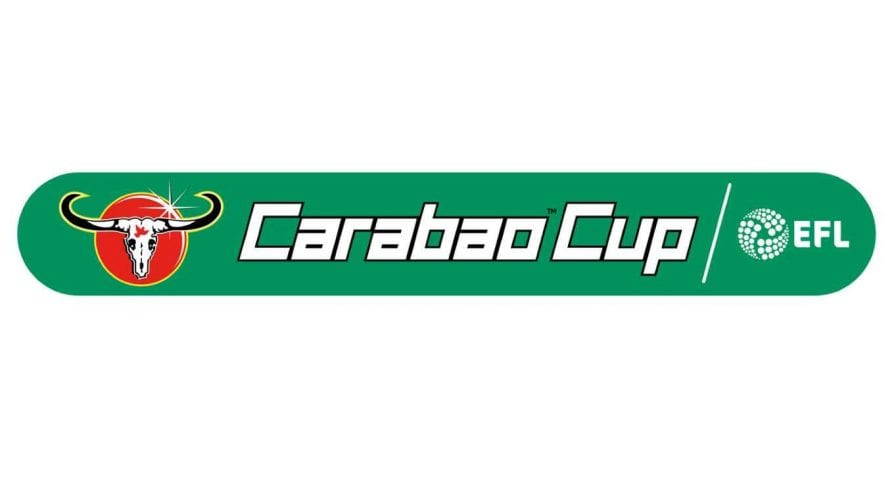 The Carabao Cup can often be seen by many as a distraction, but that is not the case for all clubs. There are just 16 teams remaining at this stage, and anyone who wins this weekend will find themselves in the quarter finals. That means they are just two wins away from walking out at Wembley Stadium, with a chance of winning a piece of silverware. With the way that the top six dominate English football, others find it very difficult to win trophies, and that is why every single one of them should be taking this competition as seriously as possible.

Of the 16 teams that are left in the competition, Manchester City, Chelsea, Tottenham and Arsenal remain out of the top six, and while they have avoided each other here, there is a chance they will be drawn together should they make the next round, giving others the chance to get through. Six other Premier League clubs are playing this week, and for every one of them, there is no doubt that this competition represents their best chance of success and silverware this season, so they would be pretty foolish to disregard this competition are reaching this round.

We also have six lower league clubs in the draw, could one of those spring a surprise and reach the semi-finals or even the final? After knocking out Manchester United in the last round, Derby travel to Chelsea for another huge tie, a win there would really make the headlines with Frank Lampard going back to his former club.

The two lower league teams that appear to have the best chance of progression are Nottingham Forest and Middlesbrough. Forest travel to play League One Burton, so one of those two will be in the quarter finals, and Forest certainly have enough about them to get through and be a difficult tie for someone in the next round. Middlesbrough are right up near the top of the Championship table right now and they are at home to Premier League Crystal Palace on Wednesday night, they certainly have the quality to trouble Premier League teams and will aim to do that, despite the league having huge importance for them this season.

Following the events over the weekend at Leicester, their game against Southampton has been postponed and will be played at a later date.

Burton vs Nottingham Forest – away win

This is the only tie of the round that doesn’t feature a Premier League team, and a great opportunity for one of these two to reach the quarter finals. There is no reason to think that either team will take this lightly, I expect we will see full strength starting line ups from them both. Burton were relegated from the Championship last season, but have done well in League One so far, although they should with the team they have.

Nottingham Forest are one of many teams that believe they have what it takes to make the Premier League this season, and they don’t appear to be too far away. They are having trouble drawing a lot of games, but if they can begin to turn a few of those into wins they are going to be right up there with the best of them.

Assuming both play their full teams, which is what looks likely to happen at this stage, Nottingham Forest have the quality to go to Burton and come away with a win and a place in the quarter finals. They are a very good Championship side, and with luck in the draw for the next round, who knows where they will end up, I don’t think many would fancy an away quarter final at the City Ground.

This game is all about one man and that is the current Derby boss and Chelsea legend Frank Lampard. He probably didn’t expect returning to Stamford Bridge so soon after becoming manager of Derby, but that is what he will be doing on Wednesday night. Lampard has already taken his team to Manchester United and beaten his old boss Jose Mourinho in this competition, so there is no reason why him and his side should be scared of the trip to Stamford Bridge.

There will be a lot of emotion surrounding the game for Lampard, but his team talk should be a very simple one, and one he has given once before this season. The message should simple be to go out there and have fun, relish the moment and enjoy the occasion. That is exactly what was said to these players before they went out at Old Trafford, this game is no different.

Chelsea boss Maurizio Sarri appears to be a man who is happy to field fairly strong teams in cup competitions, so don’t be surprised to see some big Chelsea names on the field. They have more than enough quality, and even with three or four changes they should have more than enough to beat Derby. This should be a great night for Frank Lampard, but in the end it looks as though Chelsea will be too strong for his team.

Punters who are looking to place accumulator bets this week will immediately be drawn towards the Premier League teams playing at home. These are Bournemouth (6/10), Arsenal (1/12), Chelsea (1/4) and Manchester City (1/12). These four look likely to form the main part of many accumulators over the next few days, and should they all win there should be plenty of winning betting slips around.

Those looking for value will more than likely be drawn to Nottingham Forest in the first of two televised games. They are priced up at 6/5 to go away to a team in the division below them and win. Forest are a good Championship team, well above average in the league and they are playing a team who were relegated from that division last season. With the game being on TV it is likely to attract a lot of interest, and Forest are sure to be popular with those looking for value.

The all-Premier League clash at the Olympic Stadium looks to be a tough one to call, and the bookmakers are struggling to split them too. West Ham are available at 7/4, while Tottenham are 6/4 and a lot of this game could depend on who plays for each team. Up in the North East, Middlesbrough host Premier League Crystal Palace but on paper, with one being at the top of one league, and the other being at the bottom of the league above, there is probably little to choose between them. Palace are the 5/4 favourites, while Boro can be backed at 11/5, which probably looks a little big.

Paddy Power – Early Payout if Your Team Goes 2 Up

The Carabao Cup games this week are covered by the Paddy Power 2up promotion, which is a great one to take advantage of when you are placing your football bets. The offer is simple, if your team goes two goals ahead at any point of the game they are playing, Paddy Power will pay you out as a winner straight away. This is regardless of what happens afterwards, so if your team is winning 2-0 and they go on to lose 3-2. It doesn’t matter because you will be paid out as a winner!

William Hill give their new and existing customers bet boosts on a variety of different events every single day. One boost they give is an acca boost, which can be used on any straight line accumulator bet with three selections or more. This bet boost will enhance the odds of your betting, giving you a bigger profit if you win, and it is all paid out in cash! If you are placing an accumulator this week, sign up with William Hill and use their bet boost to get even bigger odds about your selections!

The Tuesday game for this promotion is Burton vs Nottingham Forest, so if you are looking to place a first goal scorer bet on that game, be sure to do it with Betfred. Should your player score the first goal in this game, and then go on to score another, you will be paid out at double the odds. If he goes on to land his hat trick with a third goal, you will be paid out at treble the odds. If you back a winner and he scores again, you are going to win big thanks to this great promotion from Betfred!

Those looking to place accumulator bets this week should always be on the look out to take advantage of an offer. A bonus offer available is the acca cash bonus from Black Type. This is for accumulators with four or more selections, the more selections you choose the bigger your bonus is, starting at 5% for four selections, 20% for eight and going all the way up to 50% for 13. The best thing about this bonus is that it is paid out in cash, so you will receive all your winnings as real money, with no free bets. If you are looking to place an acca this week and you want a bonus on your side, take advantage of the one on offer with Black Type!