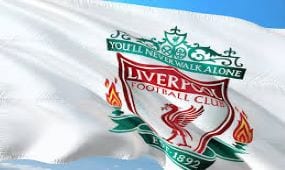 20/1 on Liverpool to Score at William Hill

This weekend there will be a long-awaited game between two of the top teams in the EPL – Liverpool and Man Utd at Anfield. Liverpool and Man Utd are fierce rivals and there will be plenty of excitement available. Man U will pile on the pressure and try to slow down the steam train that is the Liverpool boys. However, Liverpool will not want to suffer its first defeat at the hands of Solskjaer’s men, so they’ll go all out to score. William Hill is offering its new customers an incredible 20/1 promotion on Liverpool to score.

Look at the stats- Liverpool has won 25 out of their last26 games in the Premier League and has scored in every single one of them, No one seems to be able to stop them and they are currently boasting a record of six clean sheets in a row. They are on form and it will be hard to bet against them hitting the back of the net.

How to Claim the Offer

If you don’t have access to the match on television, then the easiest way to watch the match will be via one of the top Premier League live streaming sites. You can sit back and watch the match live as it happens as long as you place a bet (minimum stake applies). Not only do you get to watch the match, but you can enjoy the thrill of knowing you could get a big return as well!